Following best practices for media destruction would have prevented compromises to data security faced by Morgan Stanley. What do Morgan Stanley, hospitals, and healthcare organizations across the U.S. and the  Kanagawa Prefectural Government of Japan have in common? They all recently faced the same IT Asset Disposition (ITAD) nightmare: data breaches caused by their outsourced data disposition service provider. High-ranking executives from these organizations have endured the public humiliation of having to tell thousands of their patients and customers that their private data is in the hands of thieves, leaving their patient/customers open to financial loss and identity theft; and the executives and their companies open to liability, class-action lawsuits and even criminal charges.

Who gets the Blame?

Many executives and IT professionals mistakenly believe that using an outsourced data vendor protects them from risk and liability. But there is no statute of limitations or safe harbor for improperly discarded IT assets. Partially destroyed data is a ticking timebomb. Improper #ITAD is a risk carried forward indefinitely.

Increasingly, CEOs are caught in the crosshairs. Since 2014, top leaders at Equifax, Target, and Sony, have either resigned or been fired in the wake of prominent cyber incidents according to a recent Wall Street Journal article. As a result, Congress is considering legislation that would impose heavy fines and even prison time on high-level executives who fail to protect corporate data.

An equally dangerous mistake often made by executives and IT professionals is blind trust in the security policies and procedures of their chosen outsourced vendor. Even if IT is vigilant when they initially hand over their data or drives, in time oversight weakens, and mistakes occur.

Data Wiping is not Complete Elimination

Forewarned is forearmed. For a comprehensive and effective data security plan that protects your organization from initial acquisition to end of life, you need best practices for media destruction that cover employee behavior, organizational processes, and implementation.

First, protect your chain of custody. Chain of custody and audit trails require no gap in knowledge and handing from initial data/device acquisition to ultimate decommissioning and end of life. Common touchpoints that must be protected include installation, troubleshooting, upgrades, device replacement, and data decommissioning.

Second, have a written set of policies and procedures that every employee who is handling confidential data reads, understands, and signs.

Third, close the loop on data destruction. Too many organizations have a major risk with data and devices at end of life. Make sure you protect both ends of your data security loop by making your data destruction practices as strong as your entry point of attack defenses. 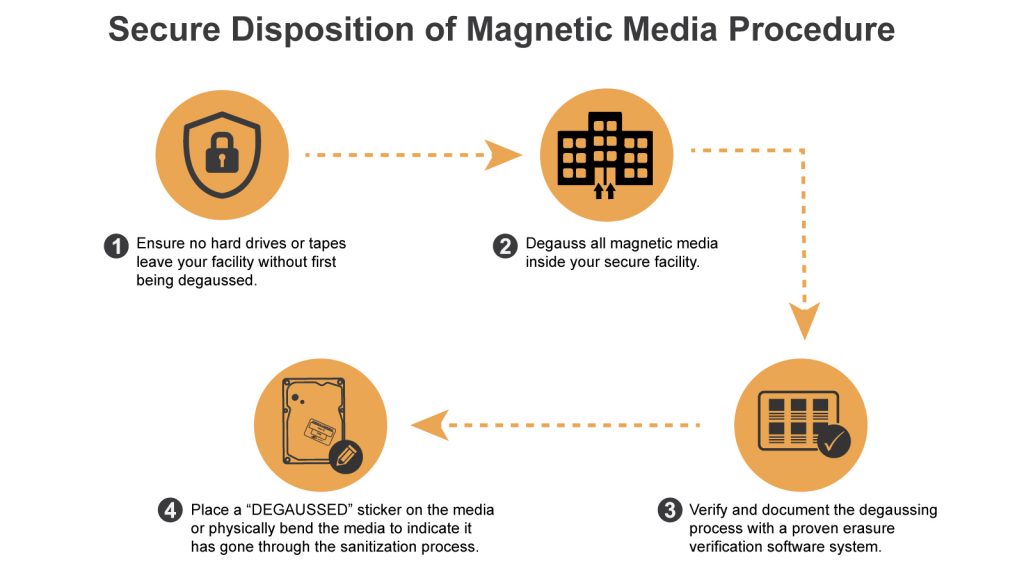 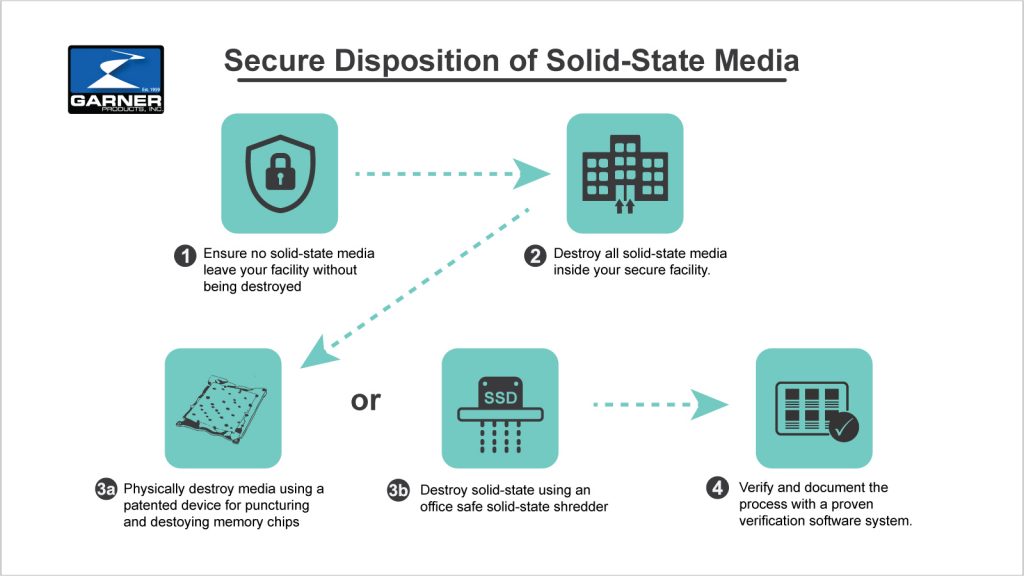 Once these steps have been taken, the media can be safely removed from your secure facility.

Implementing these best practices would have prevented hefty consequences faced by Morgan Stanley, major health care organizations, and the Japanese government breach. To learn how Garner can help you develop data destruction best practices for your organization, visit us online.